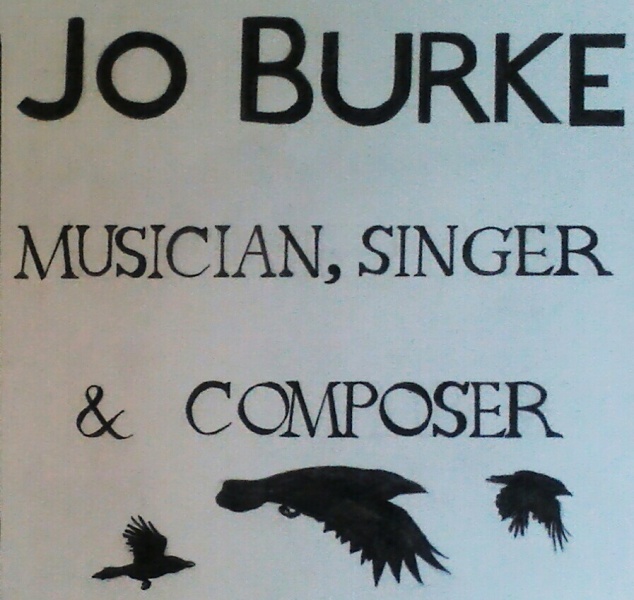 Jo Burke is an accomplished singer, pianist, traditional fiddle/ Norwegian fiddle player and composer. The dark clarity and subtle expressiveness of her singing voice, combined with her exquisite and intelligent interpretations of traditional songs, have been known to make even the great Shirley Collins cry.

Jo has recently composed and recorded the soundtrack for the feature film ‘Armageddon Gospels’ by John Harrigan which premiered at the Towner Museum in December 2018 (www.foolishpeople.org). Her work as a composer also includes a collaboration with dancer Victoria McCarte on her piece ‘Eve’s Aquarium’, the sound track to a short film ‘Altar’ by Roland Kemp, music for a London Theatre Production of ‘The Brothers Size’ by Tarell Alvin McCraney and vocal music performed at a Pagan Well Blessing in St Leonards. She also received a New Venture Theatre award for music she wrote and performed for a production of Hansel and Gretel in Brighton in 2012.

Jo is one half of ‘The Cunning Folk of Sussex’ along with herbalist Sara Jane Glendinning. Together they take give workshops and take people on herbal walks with folklore and song around Sussex. Jo regularly tours Europe with the Swiss based band, Orchestre Tout Puissant Marcel Duchamp xxl (www.otpmd.ch), she also collaborates with Hamilton Yarns (www.hamiltonyarns.co.uk) and plays with the London Hardangerfele Lag. Jo has also collaborated and performed with Musica Nordica,(www.musicanordica.org). She is a former member of both Mary Hampton Cotillion (www.maryhampton.org/cotillion) and the London Bulgarian choir and she has performed and recorded with Collectress (www.collectress.co.uk). Her vocals are featured on the sound track to Halo 4 and the Smirnoff advertisement ‘Sea’. Jo also works in schools as an instrumental teacher in Brighton.